not for the faint of internets :)

While I'm on a role here is Season 4 Episodes 6 & 7
I haven't done any of season 5 at all i will try and not make it an entire year before i put those up too, but i will do them - gotta complete the whole set now don't I :D

Wow. Where did all that time go??
I finally found the mojo, over a year after my last post, to get off my ass and post the rest of the gifs from Season 4 of Primeval. I've had most of these sitting here ready to go, but I've been having troubles finding a new image hoster.

Imageshack doesn't allow gifs to be posted unless you sign up to some sort of plan now. The old ones work but i cant upload new ones. Then i was having trouble getting the gifs to work across different browsers. A couple of sites would be fine at home, but as soon as i tried to look at them on my work computer they were broken >:|

Aaaaanyway, here are episodes 4 & 5, now that tumblr has increased its gif limit from 500k to 1mb the majority of these should show up on your dash. I think there's only one or two that wont.

Do you like it?
I also made a walpaper sized one - if there are any Andrew, Lee and Misha fans (where my bb

avrooml at??) who wanna snag go ahead :D

and also just an Andrew one. Not even gonna put in a cut so here they are: 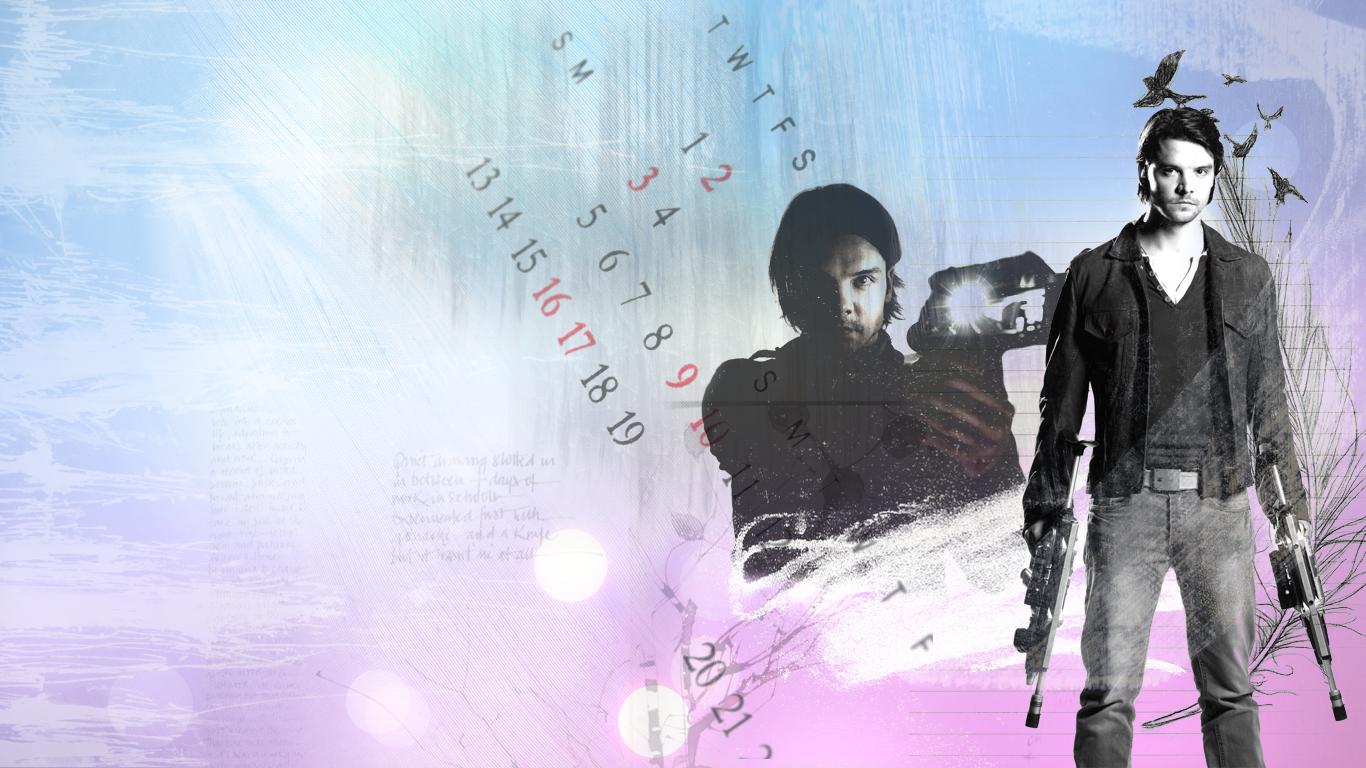 They are laptop sized 1366x768
EDIT - fucking photobucket resized them... GRRRR they are now the right size

If you have a different sized monitor just lemmie know the dimensions and i'll give resizing a go :D

If you're uploading this somewhere/anywhere else please give proper credit

Do I have any fellow Topgear fans in my flist?????

I was inspired by the latest ep, so I fianlly caved and made some gifs - I often think I should, but this time I actually got around to doing it \o/

I'm also testing out Imgur as a gif hosting site.... so far not good, 2MB limit are you KIDDING ME!

Oh Supernatural,
I am so very glad you have you back in my life again (just as Primeval is finishing its 4th season too! - awesome timing is awesome)

Just a few icons that didnt make the cut for my 20in20 icon challenge entry.
EDIT: and some icons from the last Rumble that never got posted.

Any of the icons in the previous post can also be snagged now as well, if you wanted.
Credit to <lj user = "curlytoot"> minus the space between user and =

I also have quite a few outtakes and some icons from the last Primeval Rumble that I never used or posted, so i'll be posting them on thier own very soon too
( Collapse )

Wooooooooo its back - Finally!

Under the cut are gifs from the first three aired eps of Primeval Season 4 - spoilers obviously if you haven't watched them all yet :D

Image Heavy - not for the faint of internetz

TO ALL MY LJ FRIENDS AND NEIGHBORS:

Copy and Paste if you have enjoyed the blessing of meeting people
online that you never would have met any other way. This is my end
of the year shout out to the many "friends" I have never been in the
same room with but who have inspired, amused, comforted, encouraged,
and touched me in so many ways. I love you people! Here's to another year together!!